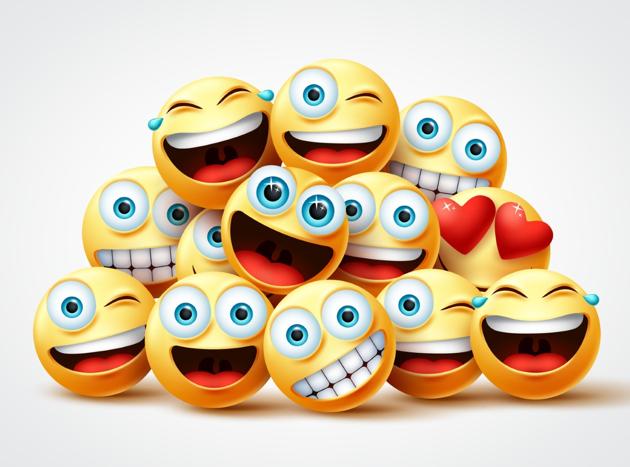 Vicki opened the session with the news that the club is returning (hopefully!) to Les Noces de Jeannette for the final meeting of the season, June 29th. Attendance is encouraged, especially for those who have had their second vaccination, but Vicki and Oana are enthusiastic about the potential of a hybrid meeting, so sign up for Zoom if not for the restaurant.

It was good to have Anne back with us. A former TMPer, she is not only a very welcome guest (returning for a second visit) but, potentially, a valued future re-member. Kristina, originally from Russia but now based in Paris, was introduced to Toastmasters by an American friend and is interested in exploring new things – including our club, we suggest! Finally, we welcomed Hollis, a relative newcomer in Paris who is looking for ways to engage in community and to improve his English. We’d love to see him again, too.

The theme, laughter, was supported by Silvia’s choice of word for the evening, jocular, deriving from Latin in the 1620’s, and Cindi’s joke, about penguins being taken to the zoo, generated general jocularity.

Bertrand’s table topics were excellent – demonstrably so, as all the speakers responded so well to his prompts. Anne agreed that while “Laughter is the shortest distance between two people,” the subject matter can sometimes work against this: having lived in a French environment, she no longer feels capable of following the cultural content of BBC jokes. Paula is convinced that “If we couldn’t laugh, we would all go insane,” as humor removes tension and provides release. Kristina convinced us that we should “Always laugh when you can: it is cheap medicine” if we want to live longer. About the command “With mirth and laughter let old wrinkles come,” Peter explained how, faced with compulsory retirement, he decided to become a humorist. Cindy agreed that “The human race has only one really effective weapon and that is laughter,” calling for the establishment of a universal day of laughter as an antidote to unhappiness and anxiety. Silvia challenged her the idea that “Nothing brings on jealousy like laughter,” arguing that good humor induces joy rather than negative emotion. Martin confirmed that “There is little success where there is little laughter,” proving this by referring to couples dining out: those who laugh together are clearly successful. Finally, Bob, with apologies in advance, spoke to the idea that “The only real laughter comes from despair,” with a story about a man at a fancy-dress party miserable because of his costume, only a fruit – he was in “dis pear”!

The evening’s speeches included some laughter, too.

Tricia’s “Second Time Round” was highly praised by Bob. Her performance was, he said, far too professional to be described as an Icebreaker. He loved her smiling introduction, her choice phrasing, her wordplay, and her use of accents. He commended the sophisticated structure of the speech, and the fact that she explored how she undertook the role of VP Education first time round and the changes she intends to introduce now as she undertakes it second time round. He made one recommendation, that she commit her ideas to memory rather than use notes (or find a better place for them), as her looking off to the side was potentially distracting.

Suzanne was evaluated by Martin, who also found much to commend. Her personal goal was to construct a story suitable for a speech, and “Unexpected Encounters Far from Home” gave her the chance to do this. Having evaluated her last speech, Martin highlighted Suzanne’s progress: she had eliminated all discontinuity, and her story flowed from her departure, to her journey, to her arrival in the new place where she experienced the ‘unexpected encounter’. He noted the difference between writing and speaking, and that Suzanne had managed to condense her tale and avoid verbosity. He highlighted the build-up of suspense as Suzanne introduced the ‘unexpected encounter’ but hid the subject’s identity until the very end. He recommended that she could play this up even more, such as adding that “It wasn’t …. And it wasn’t …” and by pausing dramatically before the final reveal.

Even Peter, the self-styled “grouchy grammarian” agreed that people had spoken well with very few mistakes, commenting on Bertrand’s progress in particular: “practically a native speaker” – high praise indeed! Vicki seconded this in her summing up as General Evaluator.

It was just as well, because there were several potential disasters…

And that’s why I love TMP. What a group of talented, supportive, and inspiring people!