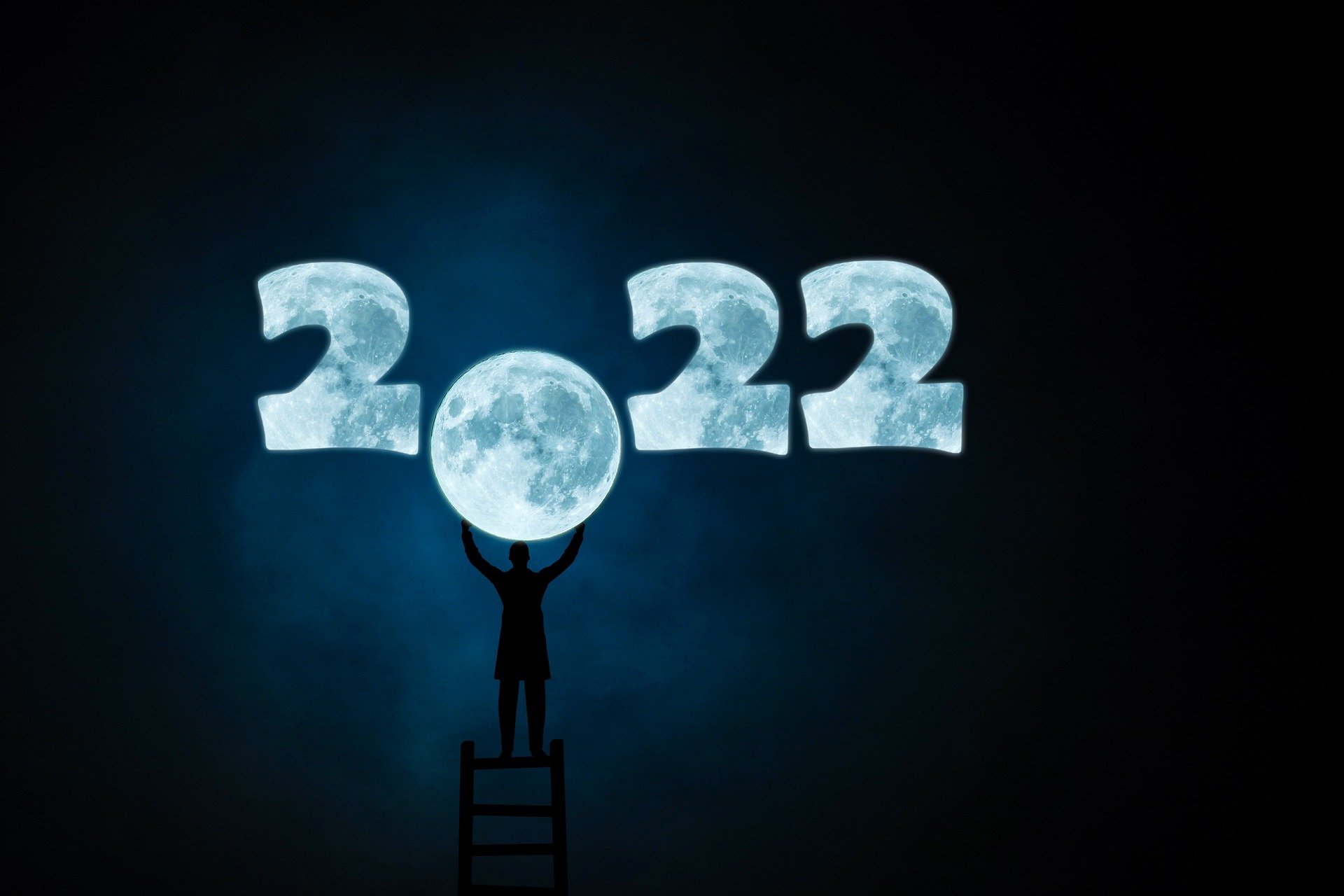 While Oana’s absence was a sad reminder that times are not easy, it was good to be together to celebrate the new year with the theme of New Beginnings and the reminder that “The new year stands before us like a chapter in a book waiting to be written.”

Several guests are considering the possibility of writing TMP into their book of 2022! Ankit joined us with a career-driven desire to improve his communication skills, Eliza was happy to return after a break during the vacation, and Kelly made her final official visit as a guest – we hope to add her name to our membership list! If guests need any persuasion about joining, they should note that TMPing is the perfect activity to promote long life and mental health: we need only look to Peter, who was celebrating the personal ‘new beginning’ of his ninety-sixth birthday.

Peter, in good birthday mood, set “Upbeat” as the word of the evening. Anäelle’s toast fittingly encouraged us to take a positive attitude to life. Rather than worry about living up to new year ideals, we should see our progress so far. “Remember the time when you wanted to have and to be what you have and are now?” she asked. As we write our new chapters, we shouldn’t forget all the wonderful things already in our book! Martin’s joke, recounted with perfect narrative pacing, kicked off the night in good humor.

Jessica was well prepared with table topics: ten people entertained us. Nelum spoke about her dreams. Peter related challenges overcome. Kelly gave herself good advice. Tricia, able to achieve anything at all, started with lofty ideals to inspire the world – but ended up seducing Benedick Cumberbatch. Cindi explained the key to having more joy. Anäelle gave us an insight into her favorite way to celebrate. Alex chose to say goodbye to the darker parts of Covid life and have a more healthy, outgoing lifestyle. Martin acknowledged good health as more important than money but added that wealth remains the great enabler to access medical care. Laura F suggested that her change of attitude was responsible for her enjoyment of life.

The second part of the evening was led by Laura F, who introduced each of the speakers and evaluators. She noted that all three evaluators are experienced club members and speakers, noting they had each served as president at some point.

“I Fail, Therefore I Learn” was greeted by Tricia as taking an interesting angle on history. She congratulated Josep for making his first speech, noting that he had used structure and clarity in organizing his material. However, she advised him to pay more attention to Pathways goals, as the subject matter did not really work as an Icebreaker.

Alex praised the use of stories and structure in Siobhan’s “Models of Mentorship” but recommended that she work on the transitions, using more pronounced pauses to indicate the shift in ideas between sections.

Vincent’s “Who are You as a Leader? Is there a Leadership Model?” was described by Silvia as “passionate”. She praised his attention-grabbing opening, using a question (How many of you have ever read a book or attended a conference on leadership?) and his identification of different leadership styles. However, she suggested that he could talk about personal examples to engage the audience more fully.

Martin, as grammarian, was generous in providing examples of good language use and congratulating the several speakers who made no grammatical faults, although Anäelle had been kept busy as stumble catcher! Peter noted that his word of the evening had been used by almost everyone, some of whom did so several times.

Laura’s general evaluation was full of praise for many people but particularly for the Toastmaster of the Evening, Suzanne, who had started on time, kicked off with a positive focus (Peter’s birthday), selected an appropriate Zoom background, and filled in ably for the president.

The ribbons – sadly virtual only – went to Tricia for table topics, Siobhan for speech, and Silvia for evaluation.

Suzanne reminded everyone that the upcoming contest needs judges, a chief judge (who does not vote but has an organizational role), a timer, helpers, speakers…..