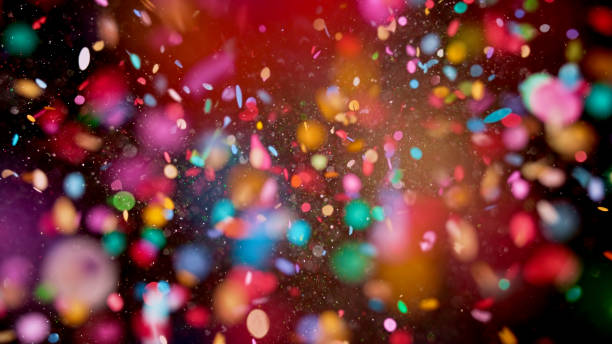 In (belated) Mardi Gras mood, TMPers were delighted to be back in the restaurant for the first time in ‘22, and we learned to appreciate the wine that was flowing… (Of that, more later!)

TME for the first time, Jessica lived up to Oana’s introduction – “professional”, “organized”, with “great potential”. She introduced the theme of celebration, noting the importance of heroes and, particularly in the month of International Women’s Day, sheroes, and enjoyed the idea that the four TMP reps in the area contest are all women – good luck to Tricia, Suzanne, Anäelle, and Siobhan.

Much was celebrated: our guests – Juliette, Shiyu, Caroline, and Siyi – were warmly welcomed, Benoit and Eliza inducted, and Martin and Claudia’s work for the club commemorated with plaques. Peter’s joke celebrated the success of the blondes who completed a jigsaw puzzle in under an hour, even though the text on the box had read “two to three years”! Vincent’s toast celebrated democracy, and we raised glasses to democracy and the Ukrainians fighting for democracy.

Caroline explained why she now wants to join TMP, seeing it as a ‘joy and challenge’, and hopes that she can bring us more new members. All TMPers are valued, and their individual contributions appreciated. Claudia, who has rested while getting used to the challenges of a new job, demonstrated readiness to take up the reins again, not only one of the evening’s evaluators but also offering to help with the area contest this coming weekend. All who have volunteered for positions should be recognized – although not yet literally, as the identity of the judging team is a closely-guarded secret! Finally, Oana is to be commended for getting the contest up and running, not an easy task.

Laura F’s table topics continued the festive mood. Martin, celebrating like a king for the day, would dedicate himself to his wife and their thirty-five years of marriage. (What a shame she did not hear his touching tribute to her!) Alex thinks we can’t have too many celebrations and would introduce a national smiling day: combined with a day off work, he argues it might convince the nation to smile! Benoit described his fortieth birthday party, a house party complete with big speakers, balloons, and champagne. Anäelle gave three pieces of advice about organizing parties: don’t expect people to respond promptly, invite the people we love, and not worry. Paula’s best-ever party was her wedding, which went exactly as she had dreamed, thanks to a wedding planner. Caroline described an encounter with the man of her dreams: despite his rather lame chat-up lines, he won her heart. Silvia, encouraged to invite two famous people to celebrate with her, gave the first invitation to her teenage idol and generously gave the second to her mother’s heartthrob.

Siobhan, evaluating Laura B’s speech “Brain Health Matters?”, praised her choice of topic, use of slides to communicate her message, the supporting details chosen, and the strong conclusion. She noted that Laura’s nervousness prevented eye contact or gestures, something that would be remedied with more practice, deep breathing before starting, and the knowledge that the audience here is always supportive.

Josep was praised by Silvia for his confidence, eye contact – turning to speak to different people, use of gestures, and clear voice. She noted the effective organizational structure of his speech and excellent use of audience participation. She felt that the title, “Let it Be”, could only be understood at the end and could have been explained earlier. She advised him not to let the lectern block him and encouraged him, as his personal objective had been vocal variety, to sing the song!

Oana, glass of wine in hand, presented “Wine Profile”. We didn’t notice her going over time as she led us through the five wine profiles and encouraged us to taste and test… and taste and test… and…!  Claudia congratulated Oana for her very clear structure, her use of a helpful number of slides, her smooth delivery, and her inclusion of the audience. She pointed out that there had been a slight deviation from the topic (the shape of bottles) and wondered if another topic should have been chosen, if the project aim is to research a subject not already known to the speaker.

Anäelle as grammarian was humble – “It’s easier to talk about mistakes when you make the same ones I do,” but proved very knowledgeable, indicating several errors and explaining how to correct them. Martin gave a detailed stumble-catcher report and noted, in celebratory style, four people who had not tripped, Laura F, Suzanne, Vincent, and Siobhan.

Vincent, General Evaluator, praised several people, including Jessica and Josep for their work as sergeant-at-arms, Jessica for managing the evening so well, Laura for her expertise in table topics, Silvia for her precision regarding how to improve a speech, and Oana for meeting the challenges of running a hybrid club.

Our guests summarized the evening in a word – Juliette is “grateful” for the experience, Shiyu said it was “exciting”, Caroline thought it “fun”, and Siyi found us “supportive” – much to celebrate here. Final congratulations – and real ribbons! – went to Alex for his table topic, Josep for his speech, and Siobhan for her evaluation.