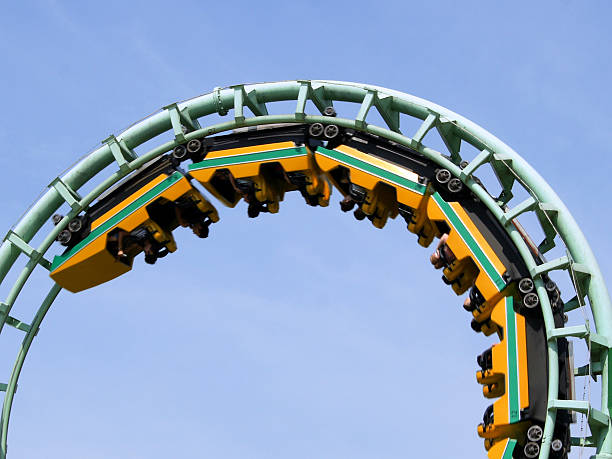 Our Topsy Turvy meeting was “energetic”, “confusing”, “intriguing”, and “enriching”, according to our guests Jiaojiao, Kang, Jaymie, and Jasmine, whose summary of the meeting was given at the very beginning!

The general evaluation and timekeeper’s reports were inventive and full of fun. Sylvia declared, “What an evening; it’s been!” The stumble catcher claimed the speakers had more pauses than errors: stopping to scratch, to sneeze, and to greet a passer-by. (Sadly, none of the speakers took on the challenge!) Caroline poured praise on everyone who had been able to use the word of the evening, providential. Creatively, Martin used the grammarian’s report to highlight fictional works that, despite being written in incorrect grammar, have true beauty of style.

Cindi, Vincent, and Alex presented their comments on speakers Jessica, Anäelle, and  Vincent – before hearing them. Cindi had to be very creative about Jessica, although she was able to praise her dedication in Zooming in from Malaysia, where it was three in the morning. Vincent was able to predict what Anäelle would say, as he had previously evaluated the speech that she was now repeating, and Alex had a fair idea of what Laura B’s performance would be, as he is her mentor.

Jessica’s “The Owl” had been filmed. After some technical difficulties, we learned about communication styles. Awareness of your own and others’ preferred styles aids communication. Jessica explained that there are four types, each named for an animal (dove, eagle, roadrunner, and owl). None is better than another but simply different. Jessica recognizes herself as an ‘owl’, systematic and goal-oriented, and is aware that others, such as the road-runner, may feel frustrated by her more cautious approach.

Anäelle presented “My Frenemy, P”, procrastination. Her speech was an interesting combination of scientific research on the brain, the reasons for procrastination, and the effects of doing so. Usefully she gave tips to overcome the habit, including ‘un-scheduling’ by scheduling enjoyable activities first, aiming to start rather than finish, and to spend only short times on the task. This makes work less threatening and easier to tackle.

Laura B’s “Choosing to Hold a Grudge or to Forgive” cited notable historical figures who chose to forgive, explaining that this is the only way to leave the prison of the past (Mandela). Laura’s mnemonic, REACH, describes a therapy process by which the person needs to Recall the event, Empathize with the person who has hurt you, be Altruistic and remember someone who once forgave you in order that you can now do the same for someone else, Commit publicly to forgiveness, and Hold onto this attitude.

During the table topics, we were surprised to discover Martin’s shady past as a lawyer for “the scummiest crooks”, many of whom made their money gambling in casinos. Peter told us about how he had been influential at the time of Kennedy, explaining the President’s “I am a doughnut” (Ich bin ein Berliner) blunder. Jaymie gave us the secret recipe for the little-known paella from Bourgogne, which was almost lost after octopus, an essential ingredient, died out in the – equally little-known – Great Fire of Paris. Despite being “a good Catholic girl,” Suzanne confessed her sins, including diluting wine with water and telling the French that the still-adored Napoleon is actually dead. Paula shared her guilt after destroying the Mona Lisa in a drunken accident! According to Cindi, who is the scriptwriter of the new Bond Movie, the Mona Lisa will be involved in a heist. CIndi invited TMPers to join for the filming or the financing of her film: “We need you – creative people – and we need your pockets, too.”

Oana’s joke cleverly focused on a topsy turvy-situation involving two men in a park. The first repeatedly digs a hole and the second fills each one in. Finally an onlooker someone asks they are doing. It’s their regular work, but the third team member of the team is ill and is not there to plant the new trees in the holes…

Suzanne toasted navigating the discomfort of a topsy turvy world. Suggesting that we grow when things are difficult, she recommended we should practice being out of our comfort zone before concluding, “Let the festivities begin!”

Caroline introduced the word of the evening, which she hoped everyone would use. Finally, the evening ‘opened’ with the Zoom induction of our new member Kelly and Yasmine’s introductory speech. She has been a member of Toastmasters in Lausanne and, just having made her Icebreaker before moving, she wishes to continue with us.

I think we’d all agree that the evening, Tricia’s idea, provided a fresh perspective. “The real voyage of discovery consists not in seeking new lands but in seeing with new eyes,” (Proust – quote of the evening).