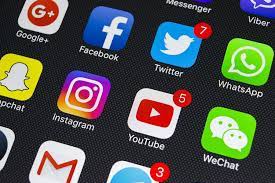 Tricia, standing in for President, gave a warm welcome to the members and our four guests. Estelle heard about Toastmasters from two international friends and is excited to get out of her comfort zone! Oleksandra has known about Toastmasters for more than five years and has finally taken the plunge. Kang has come here to work, but after only seven days, she’s jumped right in. Jiaojiao has been a Toastmaster in China, so coming to us was, presumably, home from home!

Tricia urged members to check they had completed online Pathways after each speech given. If anyone is behind, they should catch up now: we need completed levels to gain our points! She encouraged everyone to consider attending the district conference in Montpelier, and Bob asked for help in organizing officer training, June 11, suggesting that this may be used this as part of Pathways projects. Anyone interested in helping should contact him, and both the current and the incumbent officers should try to attend (once again, points are at stake!).

Vincent, Toastmaster of the Evening, talked about his choice of theme, social networks and freedom, an idea brought to realization for the members who joined online. Suzanne, having explained Table Topics reassuringly as rehearsal for impromptu speaking rather than a test to catch people out, called on Zoomers. The virtual experience is isolating, so involvement in the table topics was a wonderful way to share the fun. A sure-fire way to make guests feel involved, too, the final topic went to Jiaojiao.

Jessica’s “One More Time, Please” was a touching wish to see her mother again, a desire to share more time with her recently-pacsed boyfriend, and a cry for more sleep. Claudia, in “Never Again!” recalled her introduction and instant farewell to the andouillette sausage: she conveyed her disgust eloquently, though she was too polite to point out that the sausage is the product of (and smells like) the colon! Laura F told us in “It’s About Time!” that she has finally handed in her notice after six years in a monotonously repetitive job: she is starting her new work in September, and we wish her all the best! Bob’s “How many times have I…” recounted his misunderstandings when he had thought things were clear but later discovered his confusion. KowChow was asked about youthful transgressions, something she had done in the past that she would not do today, and told us about falling in love as a middle schooler, thereby arousing the wrath of her traditional Chinese parents! Martin, who won the ribbon, demonstrated all that Suzanne had described as a good table topic talk. His “It’s Too Soon!” was well structured, made a clear and very powerful point about ageing and the loss of word memory, and was touchingly emotive in its lament.

Benoit’s late Icebreaker “Fasting” explained his love of food and his consequential interest in depriving himself of it! Anäelle praised his eye contact, natural and intentional gestures which helped the message, and the fact that he achieved his objective of presenting himself. She added that he was “definitely at ease” in front of an audience. She suggested he could work on underpinning the structure of his speech, ensuring that his opening is as strong as possible, and using greater vocal variety.

Alex used his speech “Presidential Behavior” to explain how much he had learned when he was TMP President in 2016, and to admit that he is prepared to serve in this role again (if elected, he added!). Vicki greeted the news with delight before going on to praise his speech:  his fulfillment of the objective to let us know him better – for example, his honesty about finding it hard to ask for help; his use of movements, coming round to sit comfortably in between the tables; and both his visual contact and vocal variety.

Nelum was equally full of praise for “Giacomo”, enjoying Cindi’s wonderful storytelling, her “creative and poetic” style (she retold the whole of Madame Butterfly in rhyme!), her convincingly acted reference to a non-existent survey of our musical tastes, her use of space, and her ability to interest and educate the audience.

Nine speakers were able to use Siobhan’s Word of the Evening, connections,and Tricia in role as General Evaluator became the tenth, using it three times with eloquent flourish. She noted that all the speeches were ‘wonderful’, and she praised the speakers who had managed to continue despite more background noise than usual. She noted that the meeting started late, something that is becoming the ‘new normal’ because of setting up Zoom equipment. She complimented Laura F on her excellently narrated joke, which had captured everyone’s interest and was received with much laughter, and complimented Suzanne on choosing table topics that elicited easy and authentic stories.

The evening closed on a high note when Suzanne was recognized for her triple success in this year’s club contest. Gaining second place in both the international speech and the English table topics as well as third place in French table topics proves she has many talents!

The next meeting is in two weeks’ time – and the meeting after that is something different – an ‘upside down’ or ‘topsy turvy’ meeting, which means the evaluations come before the speeches… sure to be fun! Contact Tricia if you are ready for the challenge.